We have some pretty spectacular friends who offered us tickets to see John Williams conduct and how could we say no?!

We were trying to figure out dinner plans and we ended up deciding on dinner there. Dinner was a pleasant surprise and our musical evening was pretty spectacular.

It was so cool to hear the music we hear on Star Wars and other movies played live. Steven Spielberg came around and showed us what a difference having music in a scene makes. It’s something I don’t think about often, but after this experience I will paying closer attention to how music in a scene makes me feel.

But before all of that, there was dinner 🙂

We had salads…it was fresh and bright. The quinoa and lentils brought in some heartiness.

B had short ribs which were fall off the bone tender. Seriously. You didn’t need a knife. 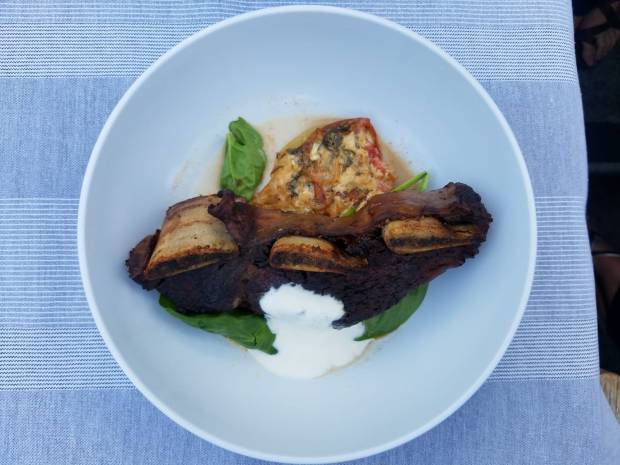 I had chicken that had some seriously crispy skin. It was also massive!

We shared some dessert. A chocolate torte and lemon bar. The torte was rich and deep in chocolatey flavor while the lemon bar was bright and fresh. 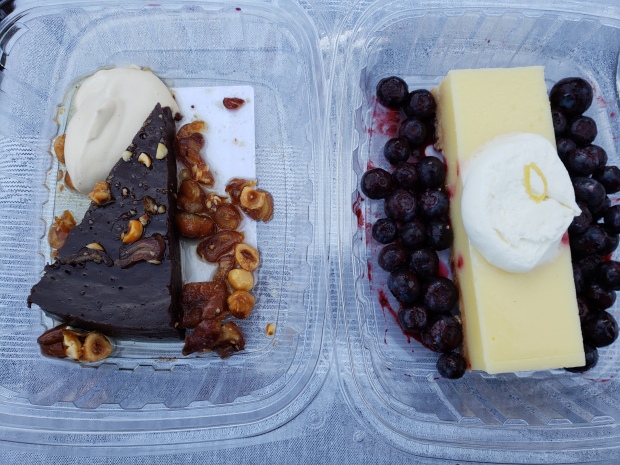 Between the company, the food, and John Williams it was a pretty incredible evening. It was a great way to spend a Sunday night!

I hope you are all having a lovely week and I will see you Friday!